Why Clean Fabrication Equipment Is So Important

Metal fabrication should result in clean, strong pieces and parts that behave as you expect them to behave. If you have a tube fabricated, for example, there shouldn't be flaws in the metal that shorten the tube's life span. Yet if the fabrication equipment isn't clean — truly clean, not just visually clean — you can end up with metal parts that corrode when they're not supposed to corrode. The culprit is iron residue, and if you cut parts out of iron or use cutting tools made of iron, you have to clean the tools and equipment very carefully before fabricating parts from other metals.

Iron is strong, but it can be cut just like any other metal. When it encounters pressure or friction, little bits of iron can be left behind on whatever the main piece of iron encounters. That means that if you cut something like a sheet of metal with iron tools, the sheet of metal will often have a bit of iron on it. And, if you use fabrication equipment or tools to cut something made of iron, those tools and equipment may end up with iron residue on them, which they can then transfer to other materials that they cut afterward.

That Residue Can Rust

If the residue isn't visible, what's the problem? Well, that iron residue can rust, meaning that you end up with rusty patches all over what you've cut, as well as on the equipment. It's vital that you clean off equipment and tools that you've used to cut iron before you use them to cut other metals. And, if you cut other metals with iron tools, clean off the fabricated parts. Otherwise, your supposedly rust-resistant stainless steel part can suddenly develop rust.

The Rust Can Affect the Base Metal Cosmetically and Structurally

If the iron residue starts to rust, and the rust is on something like stainless steel, then, in theory, the stainless steel shouldn't be affected. However, rust is not necessarily harmless. Not only does it make the metal part look bad, but if the surface of the stainless steel was damaged and the chromium layer was breached, then the rust could get into the steel and corrode that metal. That makes the fabricated part prone to failure eventually.

If you're going to have metal parts fabricated, make sure you go with a company that has clean equipment and that tries to reduce occurrences of iron residue contamination. That will keep the parts in better shape for a lot longer. For more information on metal fabrication, contact a professional near you. 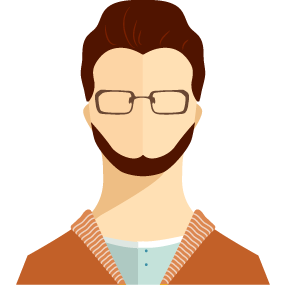 We are a small business doing the best to compete with companies both here and abroad. The factory has been in my family for nearly 90 years, but in some ways, this is the most challenging business environment we have ever seen. I have had to approach this from a range of angles from bringing in extra technologies as well as making cultural changes to get the whole production team work on extra machine efficiency. It's an ongoing process that takes a lot of my time, but it's well worth pursuing. Read on if you want to discuss improving operating efficiency in manufacturing plants.